China International Comics and Games Expo (CCG EXPO) is a comprehensive exhibition of comics and games co-sponsored by the Ministry of Culture of the PRC and Shanghai Municipal People’s Government and co-organized by Shanghai Municipal Administration of Culture, Radio, Film and TV, China Animation Comic Game (ACG) Group, (Shanghai) National Comics and Game Industry Revival Base, Shanghai Radio and TV Station and Shanghai Media Group (SMG). After fourteen years’ development, the annual CCG EXPO has become a professional, international, high-level and large-scale event, with B2B playing a primary role and B2C playing a secondary role. CCG EXPO will be further promoted and expanded by Shanghai Toonmax EXPO Co., Ltd., which is a joint venture co-invested by Shanghai Tonnmax Media Co., Ltd. (an affiliate company of SMG) and Shanghai Waigaoqiao International Animation, Cartoon &Game Developing Center Co., Ltd.(the operational company for the comic-cartoon center) in 2011. The 15th CCG EXPO will be held in Shanghai. We sincerely invite and look forward to meeting all of the experts and professionals in the comic-cartoon-game industry by the Huangpu River. 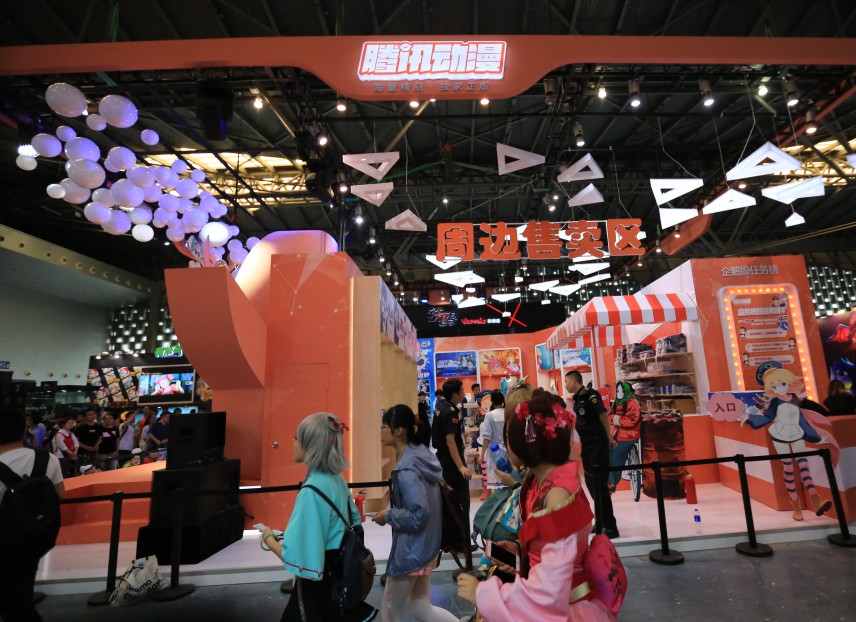 Incorporated to comply with the trend of prosperous development of the animation industry of China, the Company has been given all-round instructions and support by the governments at all levels since its incorporation. The CCG EXPO, a national-level conference, and exhibition project organized by the Company, is sponsored by the Ministry of Culture of the People’s Republic of China and has become an important platform for the government to release authoritative industrial policies and information.

The Company’s holding company – Toonmax Media Co., Ltd. is a leading animation enterprise in Chinese Mainland which has whole industry chain operation, and it is also the holder of the highest record of box office performance for original animation film in China. It has led the operation of the popular film series – Pleasant Goat and Big Big Wolf and McDull; as the largest all-media operator of animation and children program in China, it has successfully created “Toonmax Cartoon”, “HahaTV” and other nationally well-known media brands. The Company is the vice-chairman of Shanghai Convention & Exhibition Industries Association and a director of Shanghai Animation Industry Association.

As a member of the SMG（Shanghai Media Group）, the Company has built a three-dimensional publicity network, including radios, TVs, print media and new media.