Incoterms 2020 – what are the planned changes?

International Incoterms commercial rules set the terms of sale and purchase. International Chamber of Commerce introduces modifications every decade to clarify ambiguities and adapt the rules to changes in international trade.
Currently, the Incoterms 2010 rules are in force, but the proposals for Incoterms 2020 changes have already been presented. ICC will announce the set of new rules at the end of 2019. On January 1, 2020 they will come into force. Knowledge of them is crucial when placing an order and signing a contract with a Chinese partner. We describe the planned changes so that you can prepare for the introduction of Incoterms 2020. 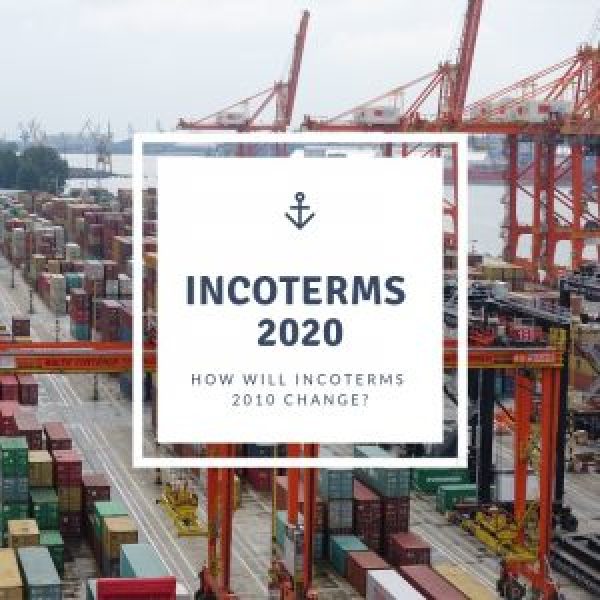 Incoterms are a set of international trade rules published by the International Chamber of Commerce (ICC) which is based in Paris. The organization aims to improve and strengthen trade cooperation between countries around the world. Interestingly, the committee of experts working on the draft of Incoterms 2020 rules includes Chinese representatives for the first time. The Incoterms rules divide the transport and insurance charges between the seller and the buyer as well as the responsibility for the formalities and costs associated with customs clearance. Incoterms determine transfer of risk in the transport process as well as the moment of delivery. Therefore, knowledge of Incoterms is essential for any entrepreneur who engages in international trade.

Currently, Incoterms 2010 are in force. Changes to be included in the Incoterms 2020 series draw a lot of attention. Especially the alleged cancellation of EXW and DDP terms. The justification for the decision to remove them is that they mostly concern intra-national transactions. Inexperienced exporters often use the EXW rule, which places the minimum obligation on the seller. It also gives an importer control over cargo from the very beginning. On the other hand, the DDP rule places the minimum obligation on the buyer. It’s popular, for example, when sending samples or spare parts. Removal of EXW means that the seller will always be obliged at least to complete export customs clearance and deliver the goods to the first carrier indicated by the buyer (and not only to make the goods available to the buyer as in the case of EXW).

Will the DDP term disappear?

Will FOB and CIF change?

FOB and CIF terms are the most common Incoterms 2010 when it comes to the global imports from China. FOB and CIF should only refer to non-containerized sea freight. However, these terms are so popular that they are commonly misused. Especially since 80% of international trade takes place in containers. In the newest version of Incoterms, it’s possible to introduce changes that will enable FOB and CIF formulas to apply to container transport as well.

FAS term is also to disappear. The reason is that it’s similar to more popular FCA and FOB terms and therefore is in relatively rare use. Whereas ICC may divide FCA term into two: one related to sea freight and the other one related to land transport. In addition, the International Chamber of Commerce plans to introduce a new term. CNI (Cost and Insurance) is supposed to fill the gap between FCA and CFR/CIF. According to the new term, the seller would cover the costs of cargo insurance while the buyer would cover the transit cost. Besides the removal of some terms and creation of new ones, the ICC Committee also considers additional issues to include in Incoterms 2020. Among them are topics such as the security of transport, regulations connected to the transport insurance and the relation between Incoterms and the International Sale Contract.